Try the no-prep way to teach Staying Quiet in Class

Staying Quiet in Class addresses blurting when a student isn’t called on. It establishes the unspoken classroom rule that we balance our classmates’ needs to share ideas with our desires to share our ideas. 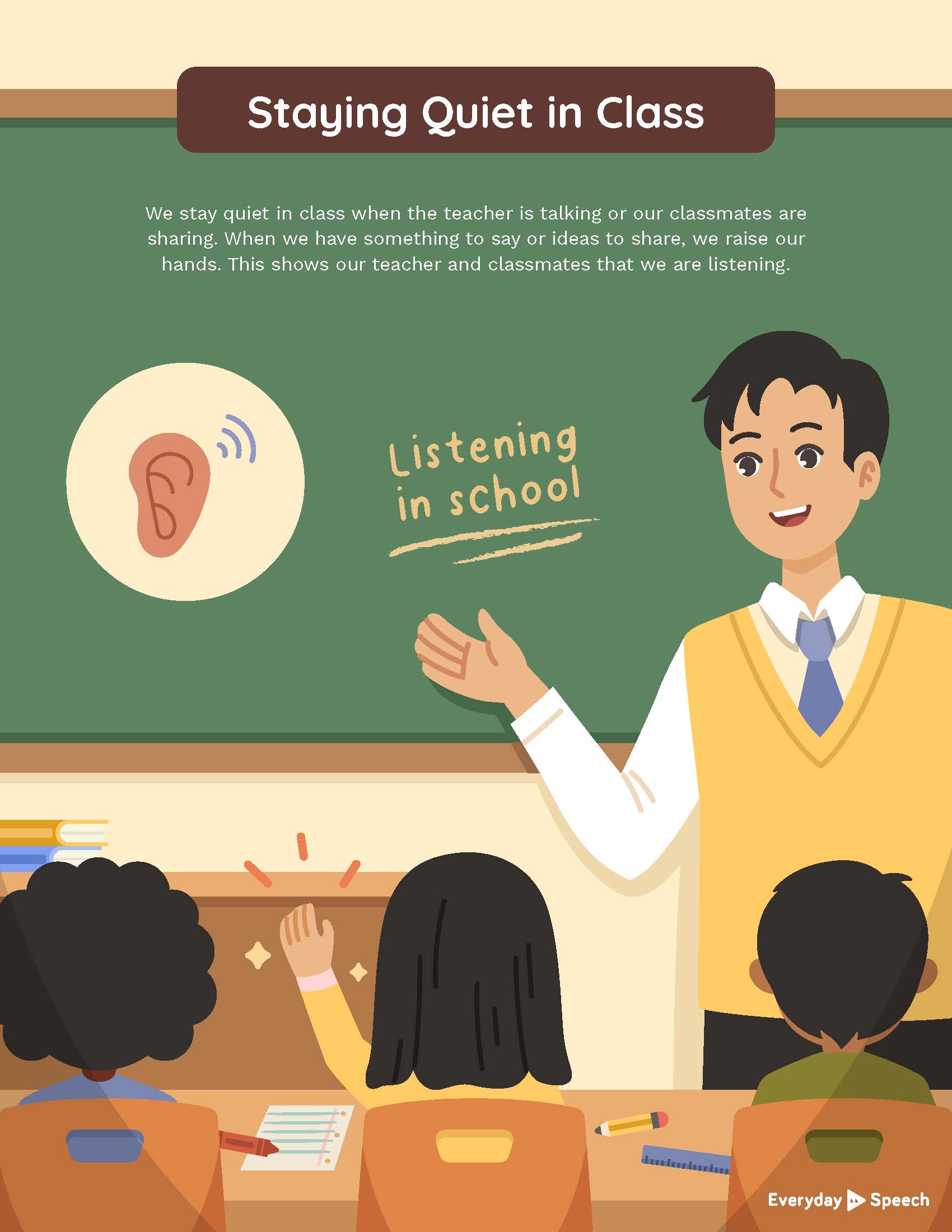 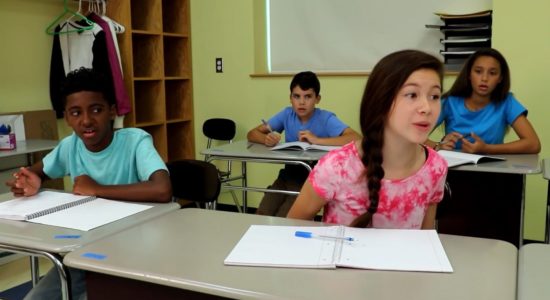 Narrator: Blurting means we talk out loud at a time we aren’t supposed to. When we talk or answer questions in class, we have to wait to be called on. It can be hard to wait if we really want to say something. But it’s important because it affects your teacher and your classmates too. Let’s see what blurting looks like and how it makes others feel.

Teacher: Please don’t call out, Madison. Who can tell me what a fault is? Jack?

Jack: It’s the earth on either side where the ground splits.

Madison: I saw a show about earthquakes! Do you know what the biggest earthquake was? I do!

Narrator: Madison keeps blurting in class. How does this make her classmates feel?

Narrator: Jack feels frustrated when Madison blurts out. He raised his hand and waited to be called on, so it was his turn to speak. Madison is disrupting the whole class when she yells out. She’s really excited because she knows a lot about earthquakes. But she needs to keep these thoughts in her head until she finds a good time to say them. Let’s watch Madison try not to blurt.

Madison: (internal thought) I really want to say the answer, but I should wait until I’m called on. It would make Jack feel upset if I answered for him.

Teacher: That’s right! Who can tell me what a fault is?

Madison: The fault is the area where the ground moves.

Teacher: That’s right! It’s the line across the earth’s crust that’s moved during the earthquake.

Narrator: Madison did a great job keeping her thoughts in her head until she was called on. She knew she would make others feel upset if she blurted out. Once the teacher called on her, Madison was able to answer the question. Even if we’re really excited about something, it’s important not to blurt out in class. We can wait our turn and give everyone a chance to answer. 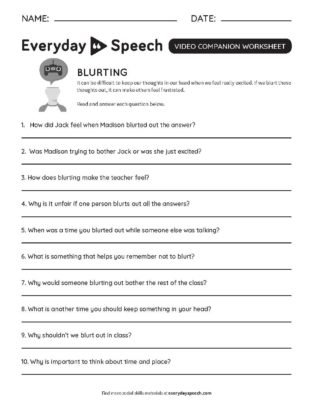