Try the no-prep way to teach Playing With Others 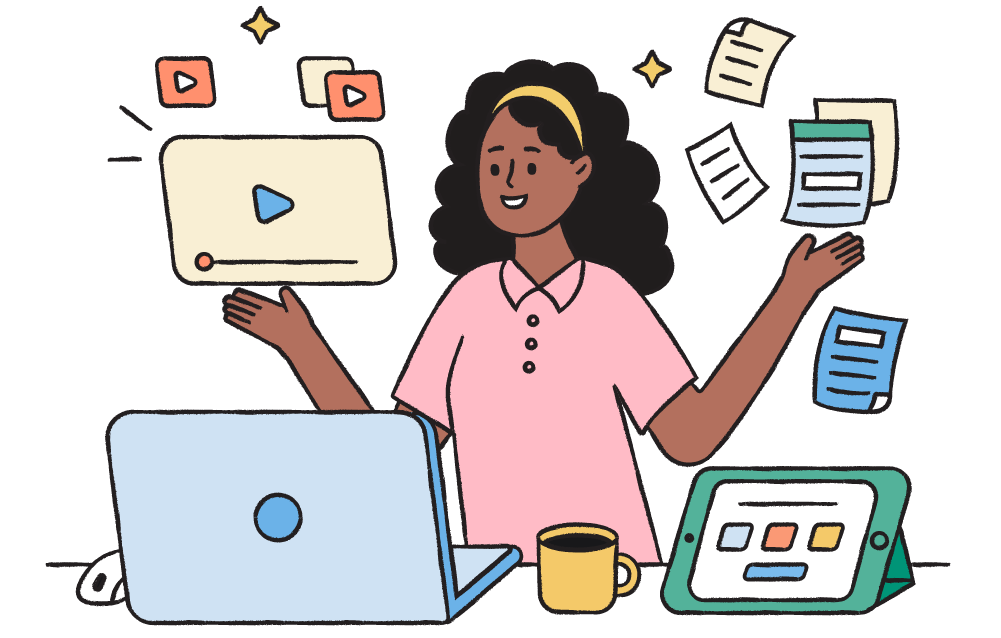 Layers of social complexity are added to play as children age. This unit deconstructs those layers so students can master one at a time. The basic framework of play is taught first, followed by how to play cooperatively by accepting others’ ideas and sharing. Finally, the language of play assembles a students’ arsenal of ready-made scripts to keep play enjoyable and engaging for everyone involved. 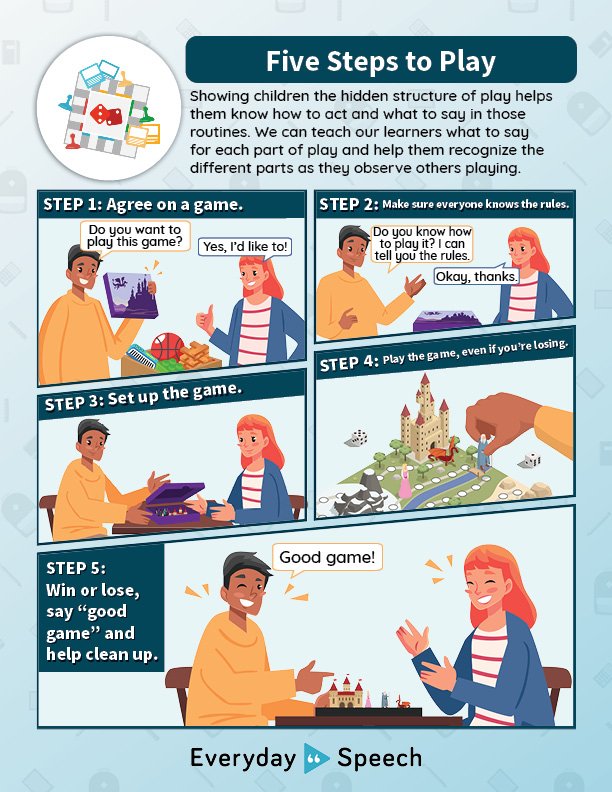 Preview an SEL skills lesson: Playing With Others 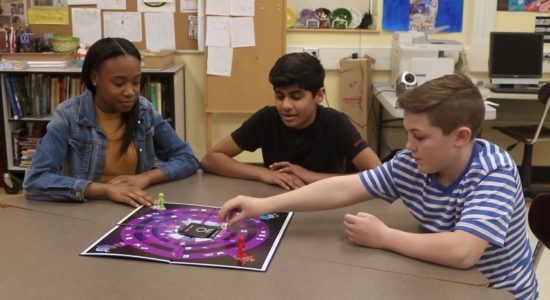 <INTRODUCTION, animated scene: Boy1 and Boy2 are playing a board game.>

Narrator: When we play a game with our friends, we want to make sure everyone has fun. It’s important to be a good sport when we play.

Narrator: A good sport makes sure not to brag if they win or complain if they lose. It’s more important to have fun playing the game. There are 5 steps we can do while playing to make sure everyone is happy to play a game with us.

Narrator: When we play a game with others:

First, we make sure we all agree on a game.

Next, make sure everyone knows how to play.

Then, we set up the game. This shouldn’t take too long. We want to have the most time to play the game.

At the end, we say “good game” whether we win or lose and help clean up.

<SCENE 1 – Eric, Kiara, and Jackson are over by game closet, looking at a bunch of games.>

Eric: What do you guys want to play?

Jackson: I love that game!

Kiara: (brings the game over to the meeting table)

Eric: Does everybody know how to play?

Kiara: I haven’t played in a while.

Eric: We take cards on our turn and roll the dice. The first player to reach the finish line wins. The youngest player gets to go first.

Eric: Aw, so close. Good game, Kiara! Maybe we can play outside.

Eric: But first, let’s clean up.

Jackson, Kiara, and Eric: (clean up game pieces and board)

Eric: (thought bubble) That was really fun. Because I was a good sport, everyone had fun, and I can play more games with them another time.

Kiara: (thought bubble) I had a nice time playing with Eric. He was nice even when I won. I’d like to play with him again.

Eric: When I play games with others, I pick a game that we’ve all agreed on. I ask if everyone knows the rules, so we all know how to play the game. If someone doesn’t know how to play, I make sure to clearly explain the rules so they can enjoy the game too. Then we set up the game. It shouldn’t take too long because we want to save the most time to play the game. After we’re done, I always say good game whether I win or lose. Then I make sure to help everyone clean up.

<WHAT DID WE LEARN?>

Narrator: So, what did we learn?

We follow five steps when we play with others.

First, we need to agree on a game.

Next, we make sure everyone knows how to play.

Then, we set up the game. This shouldn’t take too long. We want to have the most time to play the game.

At the end, we say good game and help clean up. 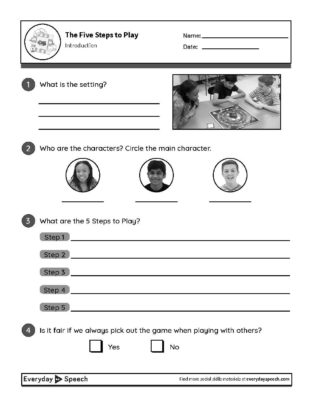 Activity
The Five Steps to Play